10 Unusual Good Luck Charms From Around the Globe

When you think of good luck charms, the four-leaf clover or horseshoe might spring to mind, but for centuries civilizations across the globe have treasured some more unusual lucky charms.

From the Peruvian Tumi, to the ancient Egyptian Scarab, the stories behind some of these international lucky charms might be enough to convince even the biggest skeptic.

In China, there is no number that is more sacred than the number 8. Chinese people will try their best to have an 8 on their number plate, get married on the 8th of the month or even have number 8s in their phone number 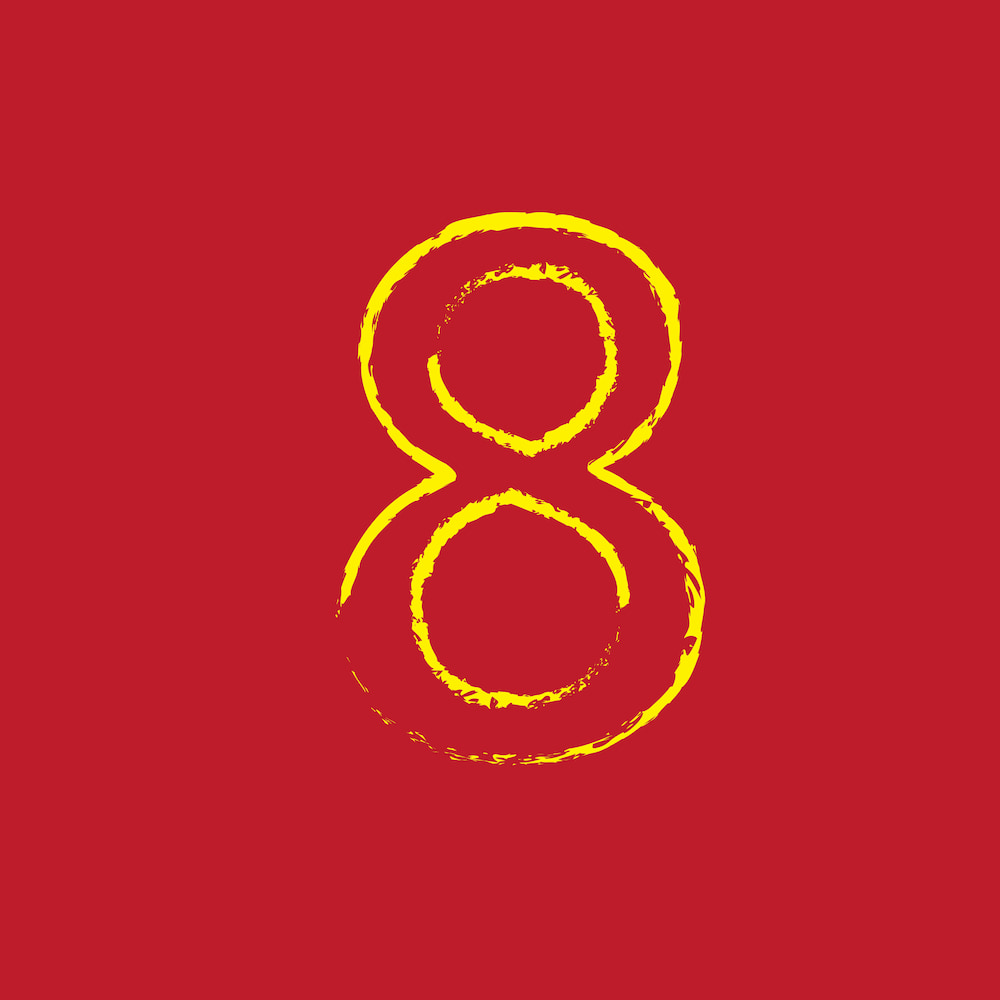 8 in Chinese (bā) is similar to the word (fā) which means to prosper. The more number eights the better!

These strange creatures may look unusual, but they have grown to be one of the most popular good luck charms in the world. While it may be hard to believe, the Scarab is a large dung beetle from the East Mediterranean area. In Egyptian culture, they’re often depicted in amulets, engraved in hieroglyphics, used on seals, or throughout art.

The Scarab represents eternal life, resurrection, and regeneration. Ancient Egyptians saw these beetles coming out from the earth and linked them to Khepri, the God of the morning sun and the God Ra. It wasn’t long before the Scarab beetle was being depicted throughout Ancient Egyptian tombs, artwork, and jewelry.

If you walk into a Peruvian house there’s a big chance you’ll see a Tumi hanging on the wall. It’s now the national symbol of Peru and used to promote tourism.

The Tumi is a ceremonial knife with a mythological figure on top and is often made from bronze, copper, silver, or wood.

The Dalecarlian Horse, or Dala Horse, is a popular lucky symbol across Sweden. Across the centuries, horses were symbols of prosperity and valued across Sweden. 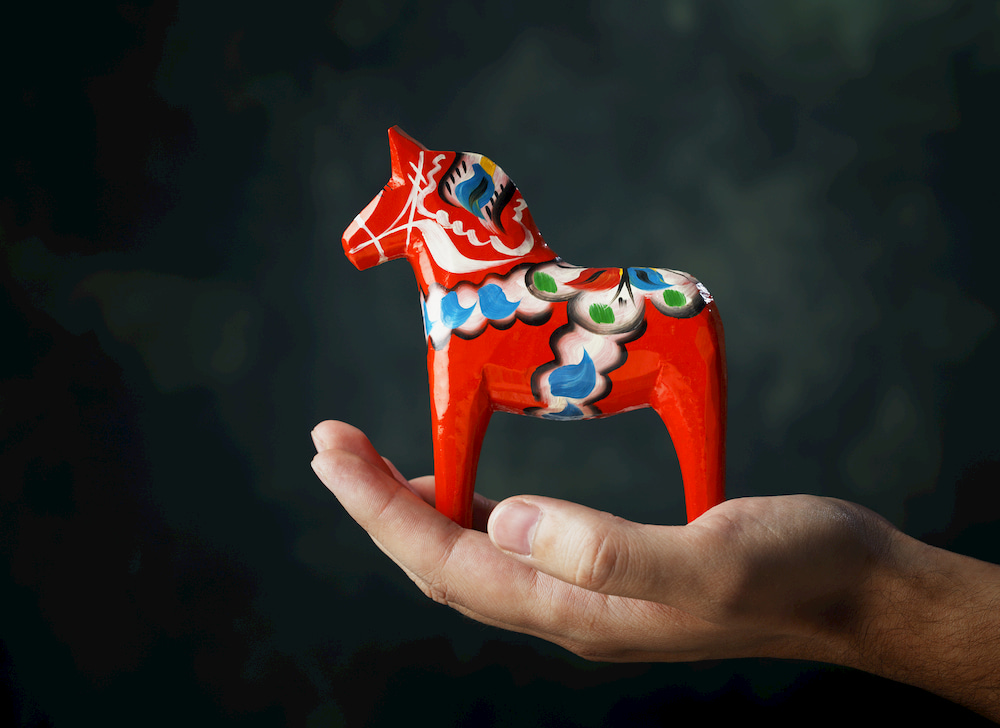 Later they were carved and decorated and given as gifts to children and adults alike.

The Hamsa is a downward-facing hand with three extended fingers. It dates to the ancient Middle East and aims to ward off the evil eye. It can be seen across the Middle East in artwork and is common in jewelry and as decorative wall hangings.

It has slightly different meanings in several religions but is commonly seen as a good luck charm.

The acorn has long been a symbol of good luck in England, the oak tree a symbol of strength and longevity. The fondness for the acorn as a lucky charm goes back to Celtic folklore. 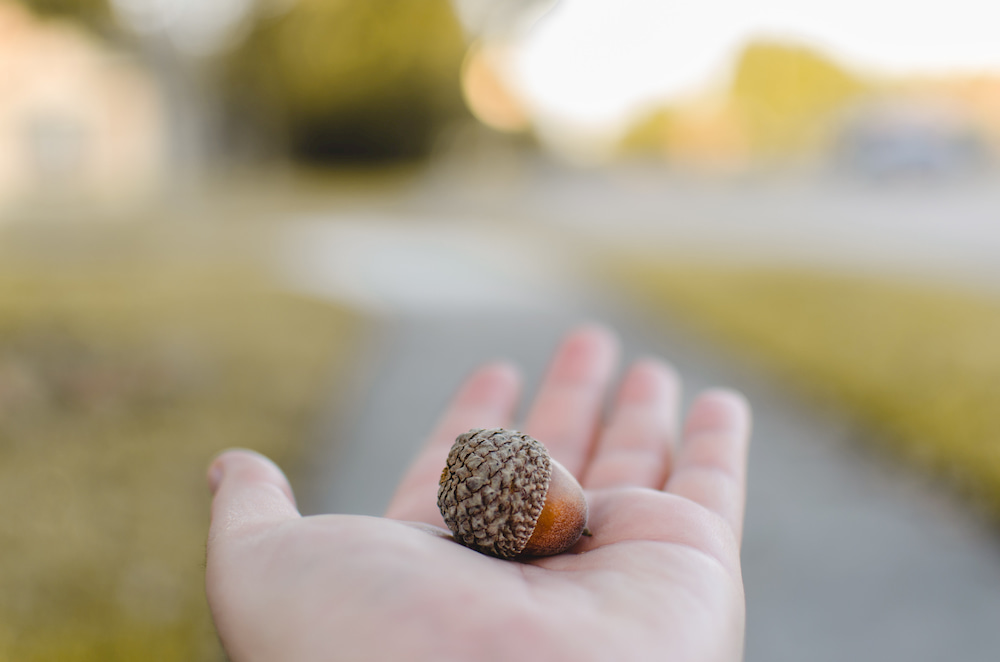 Throughout history, people have carried an acorn in their pocket for good luck.

You might not be familiar with the name, but you’ve probably seen these waving Japanese cats at your local sushi restaurant.

The cat’s gestures and colours have different meanings.

While it’s hard to know their exact origin, these quirky cats are now found everywhere, from Sushi restaurants to clothes shops, often adorned with neck decorations, coins or other lucky charms

In Poland, it’s popular to eat Carp at Christmas time. Years ago people kept them in their bathtub until it was time to eat. But for the Polish it isn’t the whole fish that’s considered good luck, it’s just the scales.

The scales are kept in a purse or wallet to bring good luck.

The Nazar is a traditional talisman, a blue bead that looks like an eye. While it doesn’t bring you good luck as such, it’s believed to protect owners from the evil eye by looking directly back at the perpetrator. 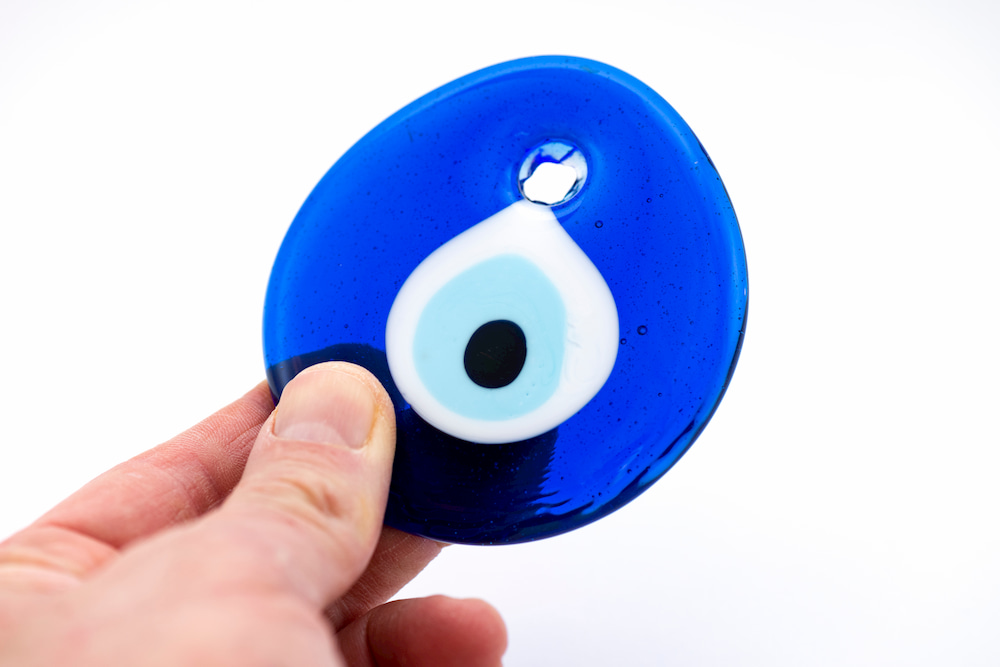 They are carried in pockets or placed in houses or cars. If the bead breaks it’s believed that it has worked to protect you against evil powers.

As one of the most popular lucky charms in China, you’ve probably seen one of these famous Feng Shui golden frogs (or toads) on the counter of your local Chinese restaurant.

The frog/toad-like creature sits on a pile of gold coins and is often placed at the front door, in the direction you’d like the money to flow in.

They are normally painted gold, with red eyes.

The frog’s history is a little uncertain but believed to have a Daoist background, specifically Liu Haichan, a  patriarch of the Quanzhen School and an embodiment of the God of Wealth.

Whether you believe in good luck charms or not, you have to be in it to win it! PLAY NOW with The Lottery Office for a chance to win from the draws of the biggest international lotteries in the world.