Amazing Things You Could Buy if you Became Australia’s Next Billionaire!

Win an international lottery jackpot and you could become a billionaire overnight!

People around the world dream of winning lottery, and for some lucky players, their dreams come true and their lives are changed forever. But what would you do with that kind of money? What would you do if you become the next rich person in Australia by winning from the draws of US Powerball, US Mega Millions, or EuroMillions? Would you keep your life the same and save your money, or would you splash out on luxuries?

We’ve looked up some of the richest people in the world and found 5 extravagant ways they’ve spent their billions.

If you became a multimillionaire overnight, how much would you spend on a new house?

Just recently, Amazon CEO and one of the world’s richest men Jeff Bezos splashed out on the most expensive house in Los Angeles. Bezos purchased the Warner Estate, a 9.4-acre property, and 1,210 square meter mansion that was bought for a mind-blowing US$165 million, approximately AUD$250 million, a drop in the ocean compared to his US$131 billion fortune.

The Beverley Hills mansion was built for former Warner Bros. President Jack Warner and has a nine-hole golf course, pool, tennis court, and an entertainment room with a drop-down theatre screen. It even has a floor that was previously owned by French Emperor Napoleon Bonaparte!

Oracle founder Larry Ellison didn’t stop at a mansion, he went and bought the whole 90,000-acre island! Ellison lives on the beautiful Hawaiian Island of Lanai, which he purchased for a casual US$300 million, or just over AUD$450 million. On the island, there are 2 Four Seasons resorts and a town with 3,200 residents. You can visit the island, but the rooms are a little expensive at US$21,000 a night!

Business magnate Sir Richard Branson thought one British Virgin island wasn’t enough and now owns both Necker Island and Mosquito Island. Both holiday islands are covered in stunning villas and attract some of the most famous people in the world. Even Barack Obama spent time on his island back in 2017.

When a private university, a jet, and a premier league team wasn’t enough for Indian Billionaire Mukesh Ambani, he built a 27-story skyscraper to call home! In 2010 the businessman, who’s worth billions, built the billion-dollar skyscraper to be used as their family home in Mumbai.

The building boasts multi-level gardens, helipads, a 50-seat theatre, swimming pools, and a garage that fits 160 cars. How do they maintain this building? The family employs a team of 600 staff to make sure it’s cleaned 24 hours a day!

If you won the next big lottery jackpot would you spend more than a million dollars on art? In 2017 Saudi Prince Bader bin Abdullah bin Mohammed bin Farhan al-Saud bought the Leonardo Da Vinci Salvator Mundi painting at auction for US$450 million, or nearly AUD$690 million!

If you’re lucky enough to win a billion-dollar lottery jackpot, why not have some fun with your money! If a simple trip to Disneyland doesn’t satisfy your hunger for fun, then just build your own theme park!

That’s exactly what Chinese billionaire Wang Jianlin did, but he didn’t stop at one, he bought 13! In 2017 construction began on his next theme park, set to cost more than US$9 billion! 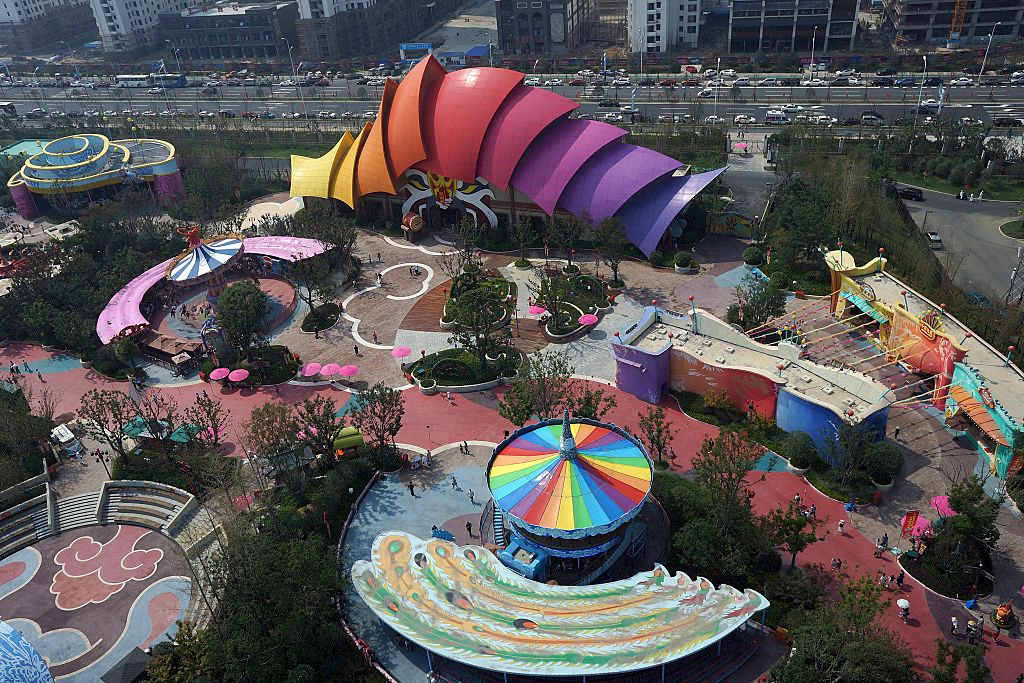 If you want a chance to win from the draws of some of the biggest lotteries in the world and become Australia’s next billionaire, PLAY online lottery now with The Lottery Office.

Who knows, you could be the one building Sydney’s next theme park, moving into your skyscraper or hanging a million-dollar artwork on your wall!